Few subjects are as prone to myths, misconceptions and ill-informed opinion as people travelling by bike. Fortunately, when it comes to casualties involving cyclists, pedestrians and other road users there is comprehensive information available to provide insight into the real dangers on our streets.

For every traffic casualty requiring medical attention police complete a report called a STATS19 form. Hounslow Cycling Campaign has analysed STATS19 data for over 450 casualties occuring on Chiswick High Road and King Street between 2005 and 2017. We have used the source reports, not the summary information provided by some websites. This is actual data about the collisions, not just a guess or belief about what happened.

We then asked experts to review our analysis of the impact of Cycleway 9 upon cyclist casualties, demonstrating that it could have prevented 75% of cyclist casualties. We are grateful for their comments and feedback. Dr Paul Schepers of the Dutch Ministry of Infrastructure and the Environment is one of the world’s leading experts on risk associated with cycle route design. Professor John Parkin of the University of the West of England is the author of “Designing for Cycle Traffic” and many other books and papers on transport and Dr Rachel Aldred of the University of Westminster is a leading researcher into cycling. These academic experts confirmed our conclusions.

1. Motor vehicles were involved with 98% of casualties on Chiswick High Road and King Street. 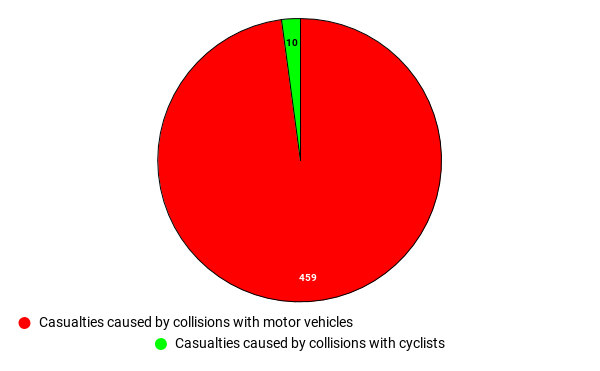 2. There are over 70% more cyclist casualties than pedestrian casualties on Chiswick High Road and King Street. 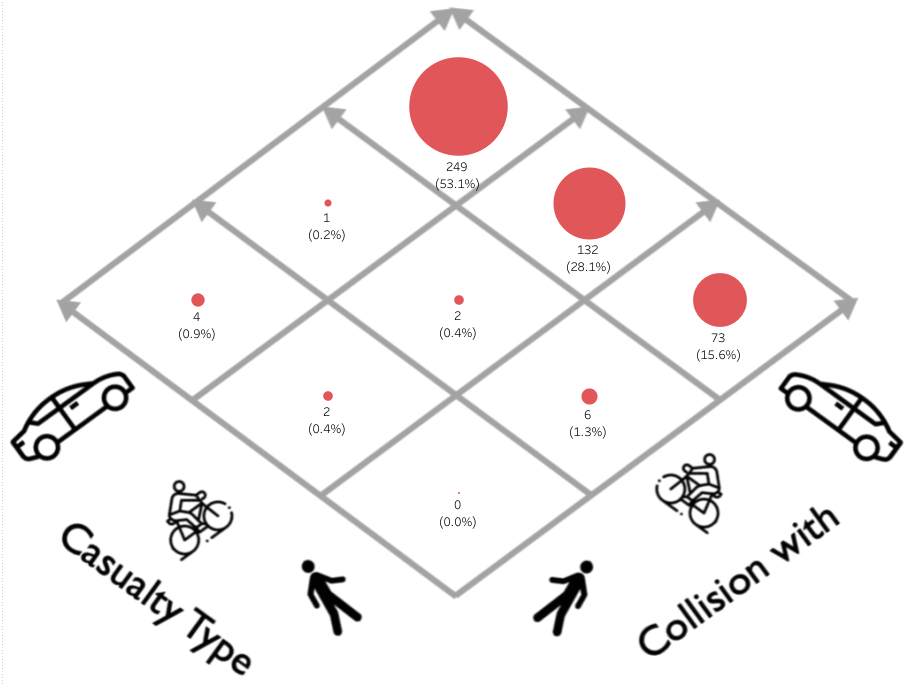 3. A cyclist is injured in a collision with a motor vehicle on Chiswick High Road or King Street every 5 weeks, on average.

4. Cycleway 9 could have prevented 75% of cyclist casualties. 60% of these casualties would not occur with CW9 (such as cyclists being hit by car doors), and a further 15% have reduced risk with a separated, protected cycle track, as compared to cyclists mixed in with general traffic. (see note)

6. The three most dangerous sections of road are:

7. Police assign reasons for crashes based upon their assessment of what caused the collision. The top cause for collisions with a cyclist was that the driver “Failed to look properly”, occurring in 79% of collisions. (see note 1)

9. No cyclist casualties were caused by people on bikes going through red lights, though 2 pedestrians were injured in this way.

10. There were 6 pedestrian casualties caused by collisions between cyclists and pedestrians in the 13 year period; 4 occurred when the pedestrian stepped onto the road and the cyclist collided with them; the cyclist was also injured in 2 of these collisions.

Analysis of collision cause.

Referred to as “contributory cause”