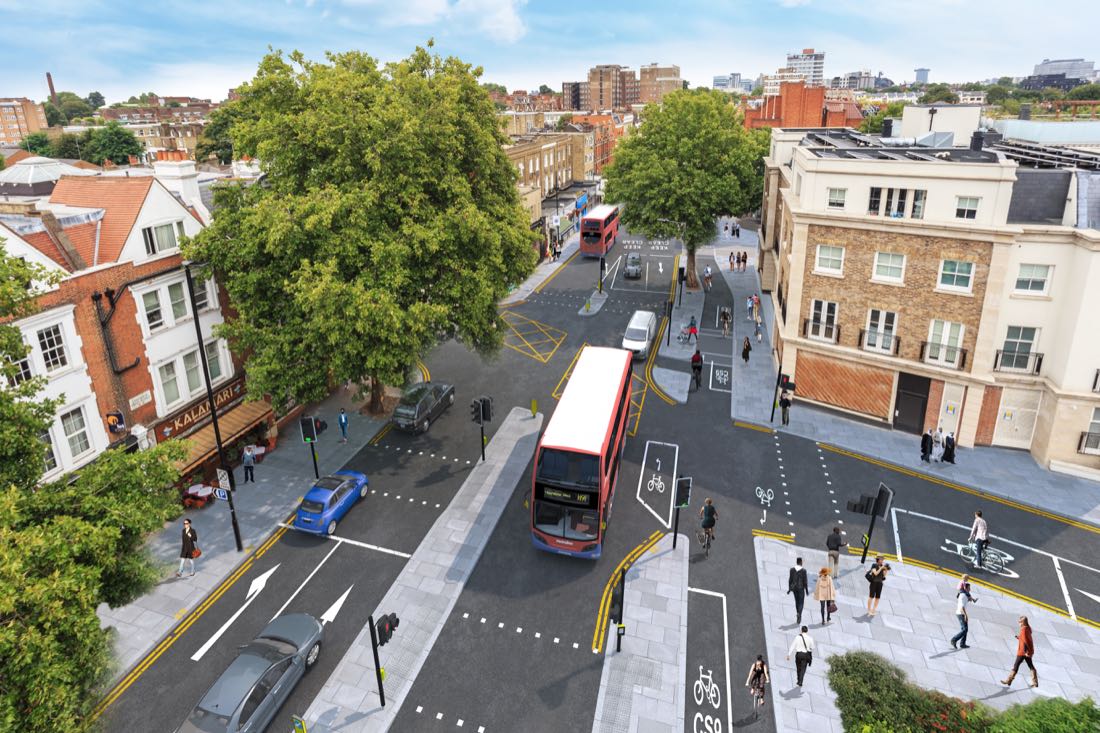 In a recent blog post on the chiswickw4.com website, Cllr Sam Hearn of Chiswick wrote “It would however be good if the pro-CS9 lobby were to engage directly with the air pollution issue.”

Hounslow Cycling Campaign is delighted to engage directly, and has produced a document, with the assistance of leading experts, which provides evidence of the benefits of CS9, including its impact upon air pollution. Key points are:

This can be achieved in various ways, one of which is to offer realistic options for people to cycle rather than to drive.

Claiming that air pollution could be reduced by increasing the speed of motor traffic is like to trying to reduce obesity by making it easier to eat cake.

Cyclists using Chiswick High Road are people who would otherwise have either driven a car, or used the bus or the tube. More people cycling will reduce the net contribution to air pollution.

There may be other methods for reducing the number of polluting vehicles on Chiswick High Road besides the introduction of CS9. However, CS9 will have the double benefit of both helping to reduce air pollution, and at the same time offering people the chance to travel in a way that is cheap, efficient and has many health benefits for the individual.

John Parkin, Professor for Transport Engineering at the University of the West of England, Bristol says “Cycling is a mode of travel which has zero emissions and constructing attractive, comfortable and safe infrastructure for cycle traffic is one of the most important ways that a city can make its streets cleaner and less polluted.”

Dr. Rachel Aldred, Reader in Transport at the University of Westminster, points out that there is increasingly good evidence that providing high quality routes for walking and cycling is effective in encouraging more people to walk and cycle. “Given London’s physical inactivity crisis, illegal levels of air pollution, and high rates of road injury for cyclists, providing good quality protected space for people walking and cycling is a crucial part of creating streets that keep Londoners healthy, rather than putting them at risk”.

Brian Smith, Co-ordinator, Hounslow Cycling Campaign says: “We believe our document provides clear and compelling evidence of how CS9 will help address the issue of air pollution in West London and we look forward to Cllr Hearn’s proposals.”

The full document can be downloaded from: http://hounslowcycling.org/wp-content/uploads/2018/02/CS9-Benefits-for-Air-Pollution-v1.pdf