Hounslow Cycling’s annual party on 28 November was a great success and allowed members and supporters from Hounslow and neighbouring boroughs to chat with local elected representatives, Hounslow officers and others in an informal setting. 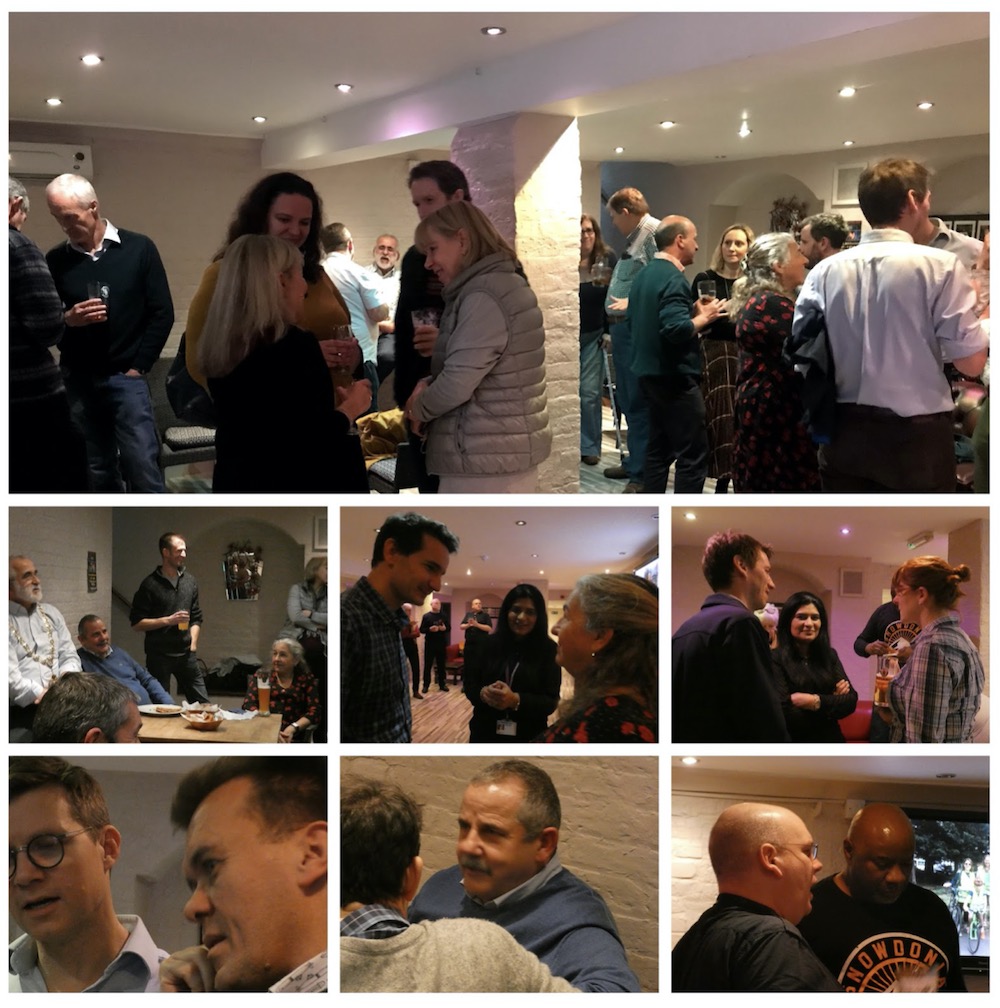 We were honoured by the presence of Cllr Tony Louki, Mayor of Hounslow and the leader of the council, Cllr Steve Curran. Cllrs Katherine Dunne and Guy Lambert also attended.

Fatima Ahmed of Hounslow, who was listed on Cycling UK “100 women in cycling awards” this year, gave a great talk on the work being done to encourage more people cycling from “non traditional” backgrounds.

We were joined by 3 of the 5 candidates for the Brentford and Isleworth constituency – Helen Cross, (LibDem), Ruth Cadbury (Labour) and Daniel Goldsmith (Green).

Thanks to Ruth Mayorcas for organising and Winston Gordon for providing the music.

We have booked the same venue for next year’s party on 26 November 2020!