OneChiswick shoot themselves in the foot

Anti-cycle lane group OneChiswick Ltd tried to rebut TfL and London Borough of Hounslow’s press release about Cycleway 9 but have only succeeded in shooting themselves in the foot with a series of mistakes and misinformation.

Here’s what they got wrong.

1. Using Freedom of Information data, OneChiswick claims “175% increase” in cyclist collisions. To reach this figure, they have included collisions not actually on the Cycleway 9 route. OneChiswick has hidden location information so it isn’t possible to see what they are counting. 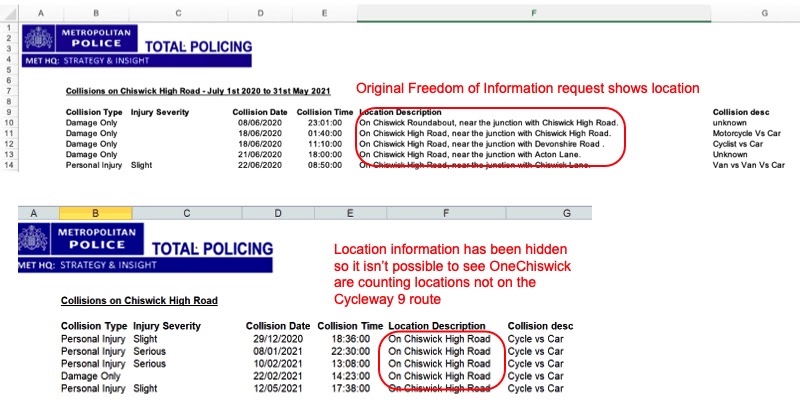 The FOI doesn’t contain detailed information in the police collision report, meaning it isn’t possible to say whether these collisions occurred on the new cycleway or on the roadway.

Any claims made by OneChiswick about collisions are based on incomplete data, and can be ignored.

2. OneChiswick doesn’t dispute TfL’s figures about numbers of people cycling but simply fails to mention that bikes now make up 20% of all vehicles on Chiswick High Road.

One in five vehicles on Chiswick High Road is now a bicycle. That’s a very good figure for a bike lane that OneChiswick claims nobody uses!

3. OneChiswick previously claimed that pollution had gone up because of the bike lane. Now they concede that it has gone down.

However they now claim, with zero evidence, that pollution must be up in other locations. An Air Quality Analysis commissioned by Hounslow from independent consultants Ricardo Energy and Environment shows that this is not true.

OneChiswick is unable to believe scientific data on pollution levels, preferring to rely on anecdotes and what people claim they can smell.

4. In March, TfL commissioned independent research of a representative sample of 2000 people within 2km of Cycleway 9 to get a balanced view from residents. This found 47 per cent in support of the scheme.

OneChiswick has confused this survey carried out by an agency who is a member of the Market Research Society with a small series of 48 interviews of stakeholders carried out in February. 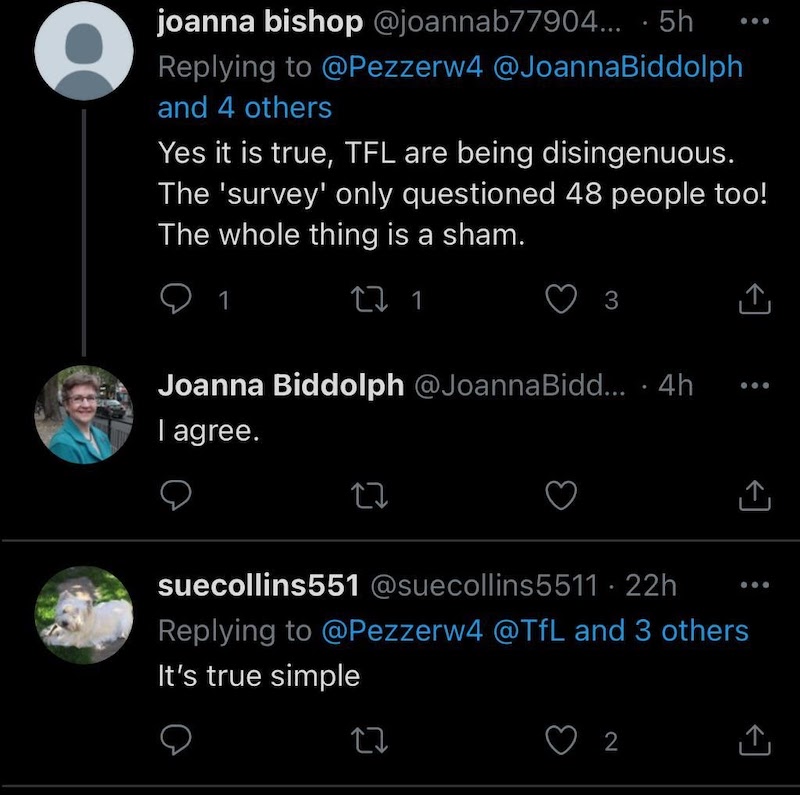 OneChiswick didn’t understand TfL’s public survey and their conclusions are wrong and irrelevant.